East Texas Brick began as a family-owned brick distributor. Eventually, they grew to offer the largest brick and stone selection in the East Texas region. As they flourished, their company became synonymous with brick. However, in 1998 the company expanded their services to include custom brickwork, and retail space which offered a wide variety of upscale outdoor accessories and furnishings. The problem though, was that the general public still saw them as simply “the brick people”, not the high-end outdoor renovation specialists they had become.

So that’s where we came in.

First, we developed the brand tagline, “Don’t just reside. Thrive.” This statement sums up the fact that what East Texas Brick has to offer goes artfully beyond the ‘bare essentials’ of exterior furnishings. Next, we ran a series of digital and traditional ads. They all feature a warm yet rugged graphic design style, empowered by a ‘can do’ tone of voice. Through direct mail, we were able to target East Texas Brick’s ideal customers by delivering to upscale neighborhoods. And so, we painted the brand new public image East Texas Brick had been needing. 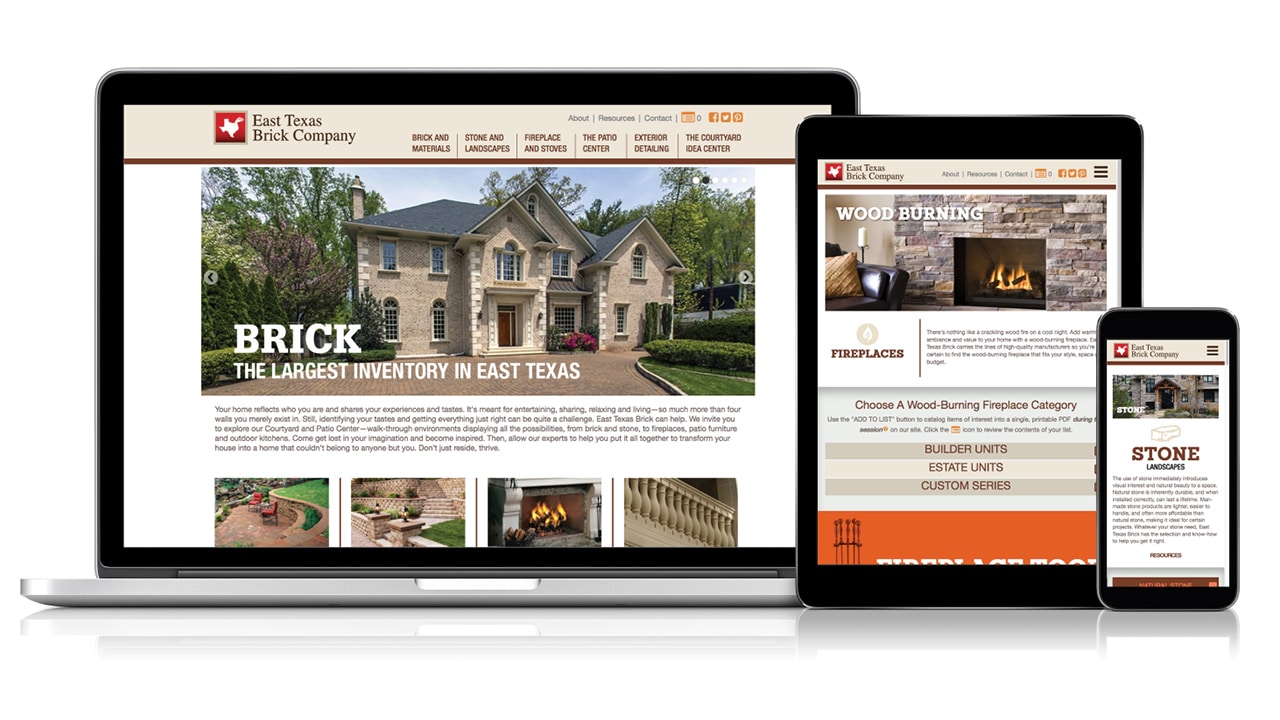 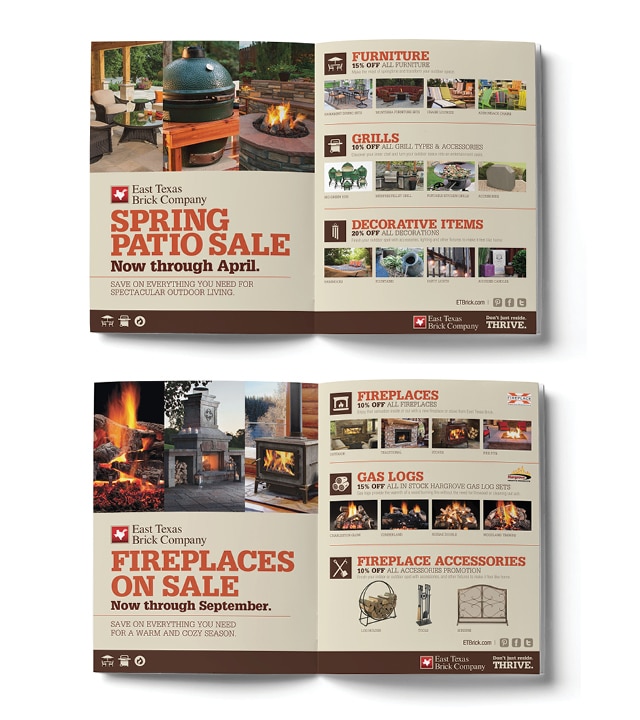 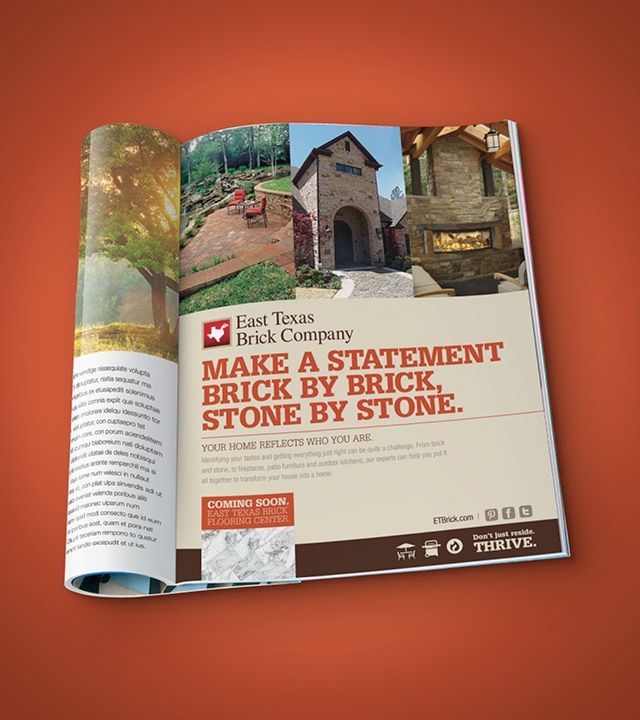 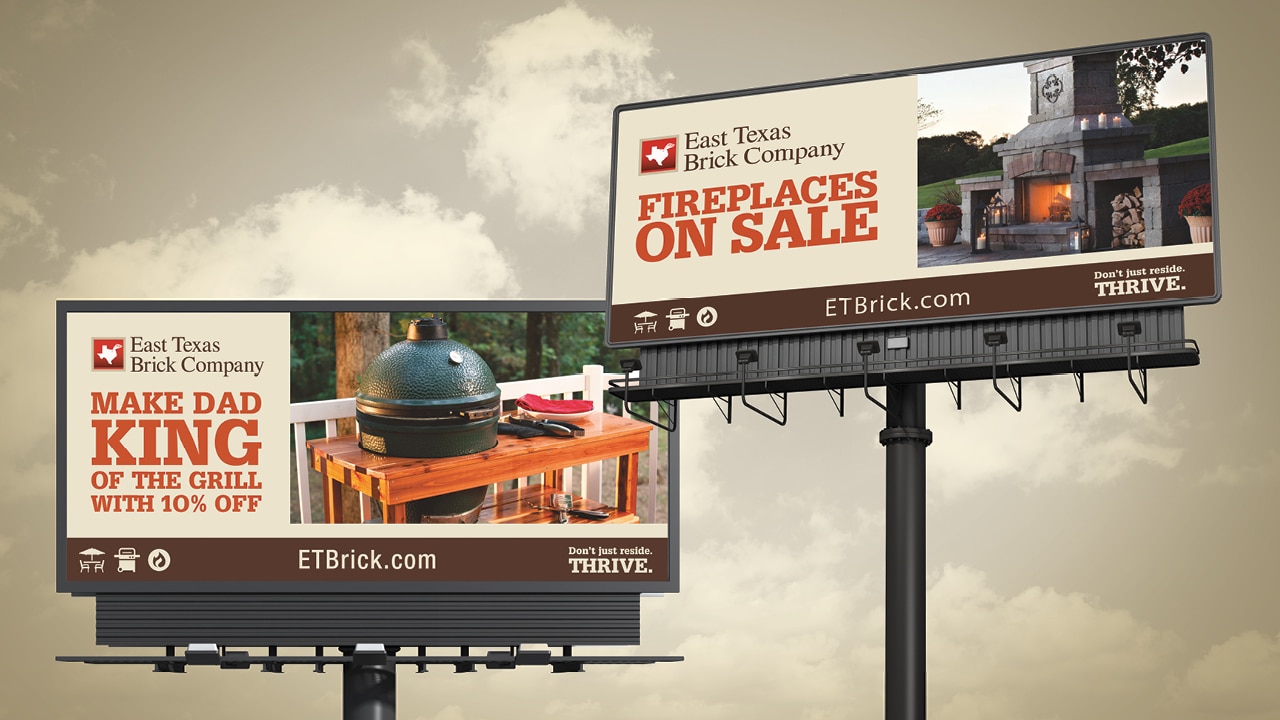 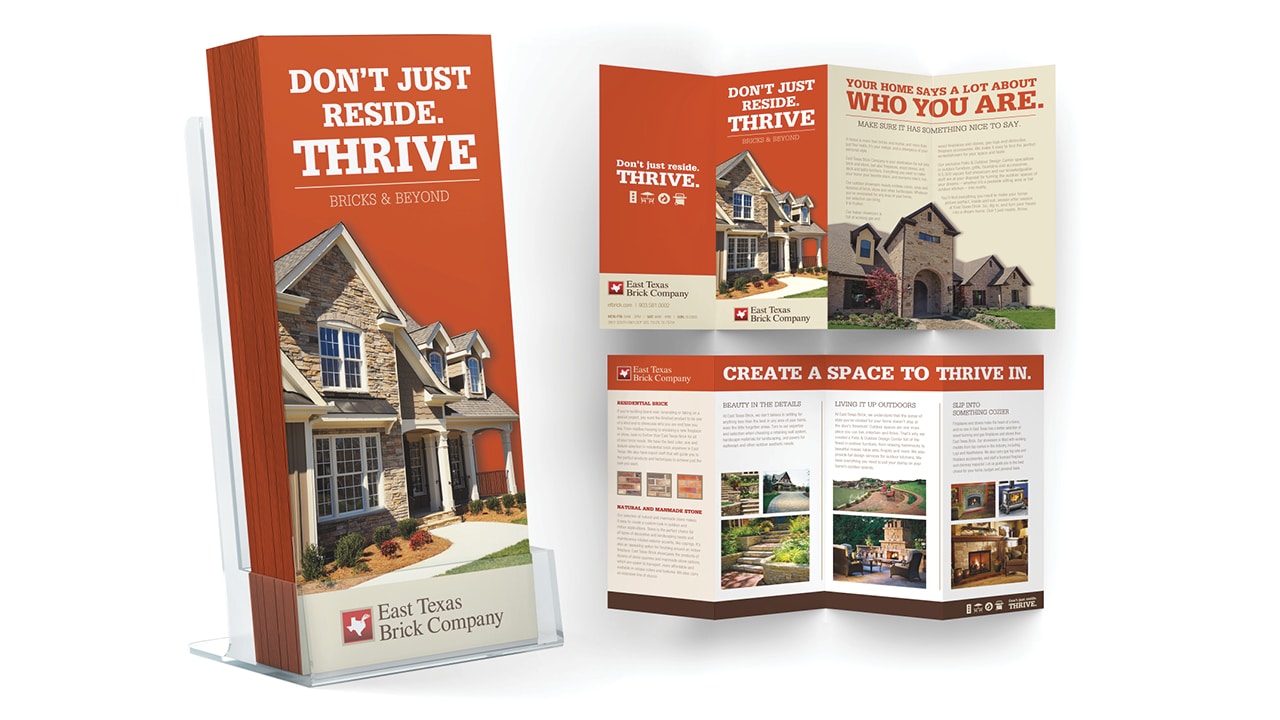 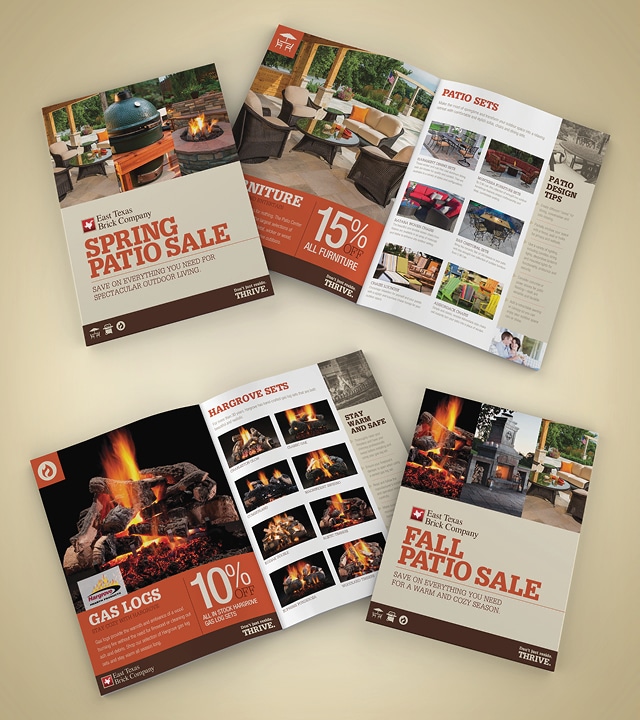 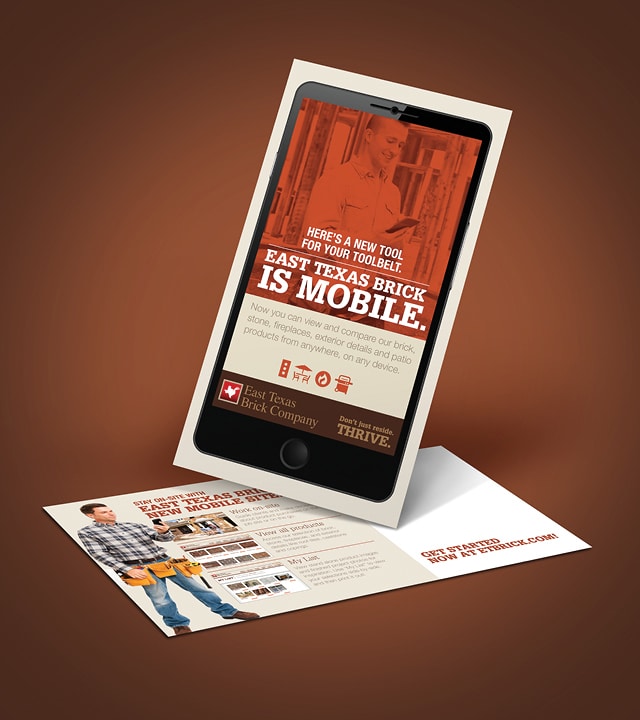 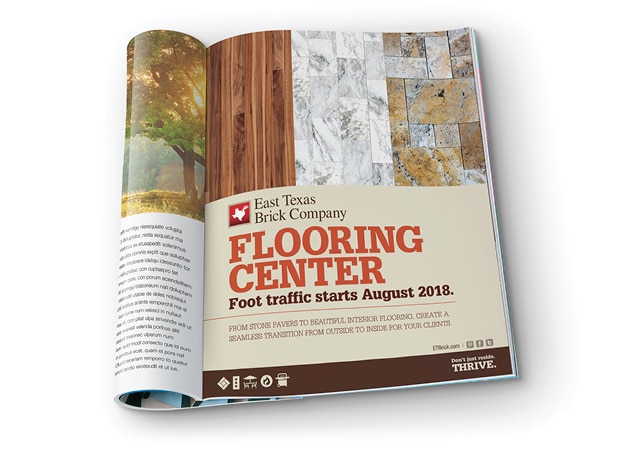 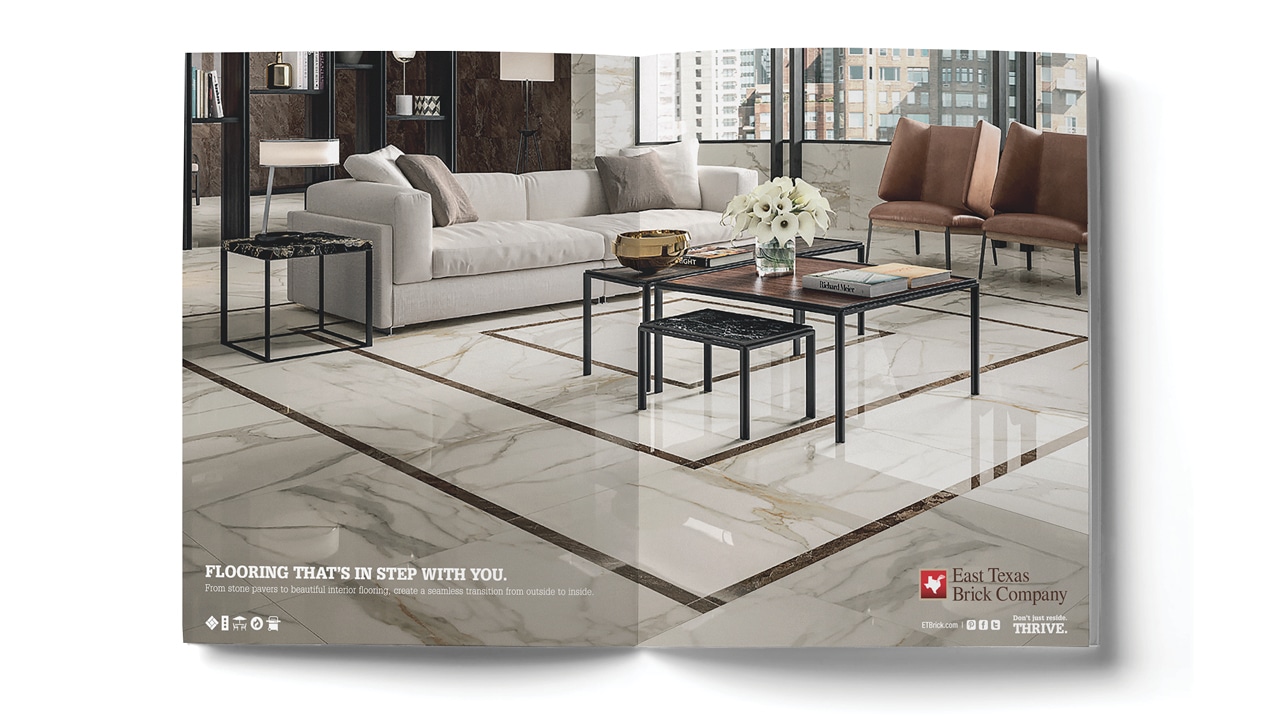 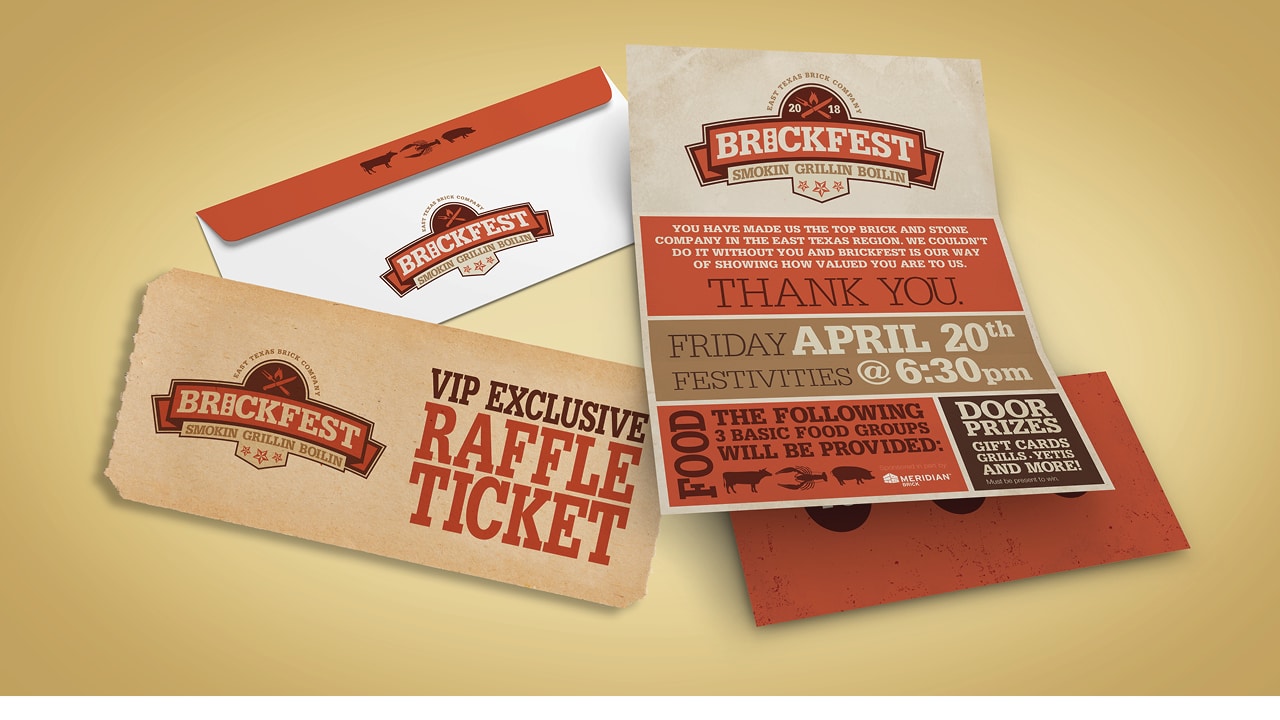